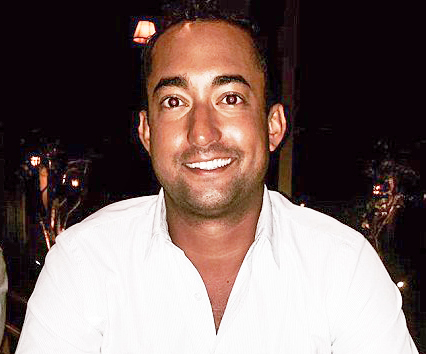 Hundreds of Hollywood filmmakers gathered in Connecticut today for the funeral service of film producer Matthew Lamothe, who died last week at age 30 in Manhattan, New York. The producer’s employer, film financier Tommy Vlahopoulos of Tommy V Films, was one of the first contacted last Monday. Matthew Lamothe, who had been a Hollywood producer for the last few years, started his career in the mailroom at ICM Partners Talent Agency in Los Angeles, ahead of making the move into producing in 2013. His most notable film credits include the award-nominated romantic-comedy ‘I’ll See You In My Dreams’, and award-winning home invasion thriller ‘Intruders’.

“It has been an incredibly difficult week for everyone who knew Matthew,” said Tommy Vlahopoulos. “He was a professional and hardworking film producer. Everyone Matthew met fell in love with his natural charm and charisma. He was incredibly kind hearted. It is a great sadness and loss to the entertainment industry. He loved his work and really knew how to get the job done.”

Matthew, and the team at Tommy V Films, were in post-production with the horror flick ‘The Rake’ and in pre-production for ‘Glass Jaw’, scheduled to start filming next month. Other films on the slate in development include; ‘Behind the Sightings’, ‘Crawl to Me’, ‘The Great Hunt’ and ‘The Ranch’.

Matthew Lamothe was a life force to be reckoned with, a true professional that was loved by cast and crew.