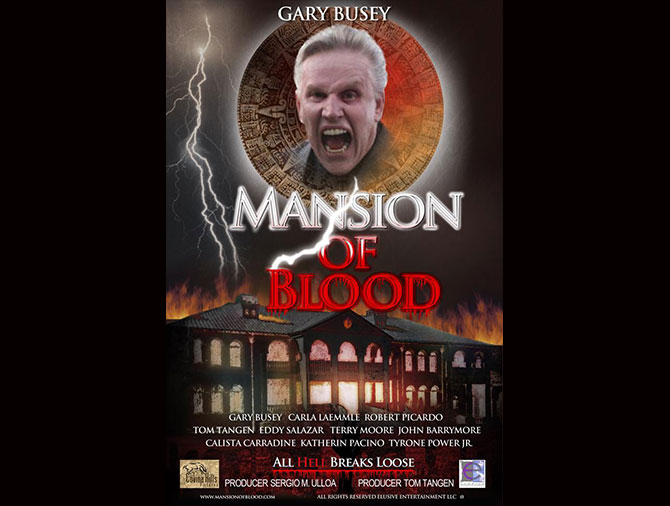 Elusive Entertainment and distributor TomCat Films announce the US premiere black tie gala of the controversial horror-comedy feature film Mansion of Blood, at the Graumans Theatre in Hollywood on May 19th, 2015 at 6:00pm.

Mansion of Blood had its world premiere at the Berlin International Film Festival in February at a special screening for the unique genre of American comedy-horror films. The film stars the late Carla Laemmle (Dracula, The Phantom of the Opera), niece of Universal Pictures founder Carl Laemmle, known as the father of the horror motion picture genre. Carl Laenmmle’s horror films include Dracula, Werewolf, Frankenstein and Creature from the Black Lagoon.

Highlights of the star-studded gala event, awards ceremony and after party include:

Photo and Interview Opportunities Include: George Barris and the Original “Munster Koach” parked inside the party. A special one-of-a-kind Red Carpet Bella Sole line of jewelry including special pieces designed for famous film stars who will be wearing the jewelry that night, and introducing the official Mansion of Blood jewelry line featuring rubies, sapphires, Swarovski crystal and other gemstones.