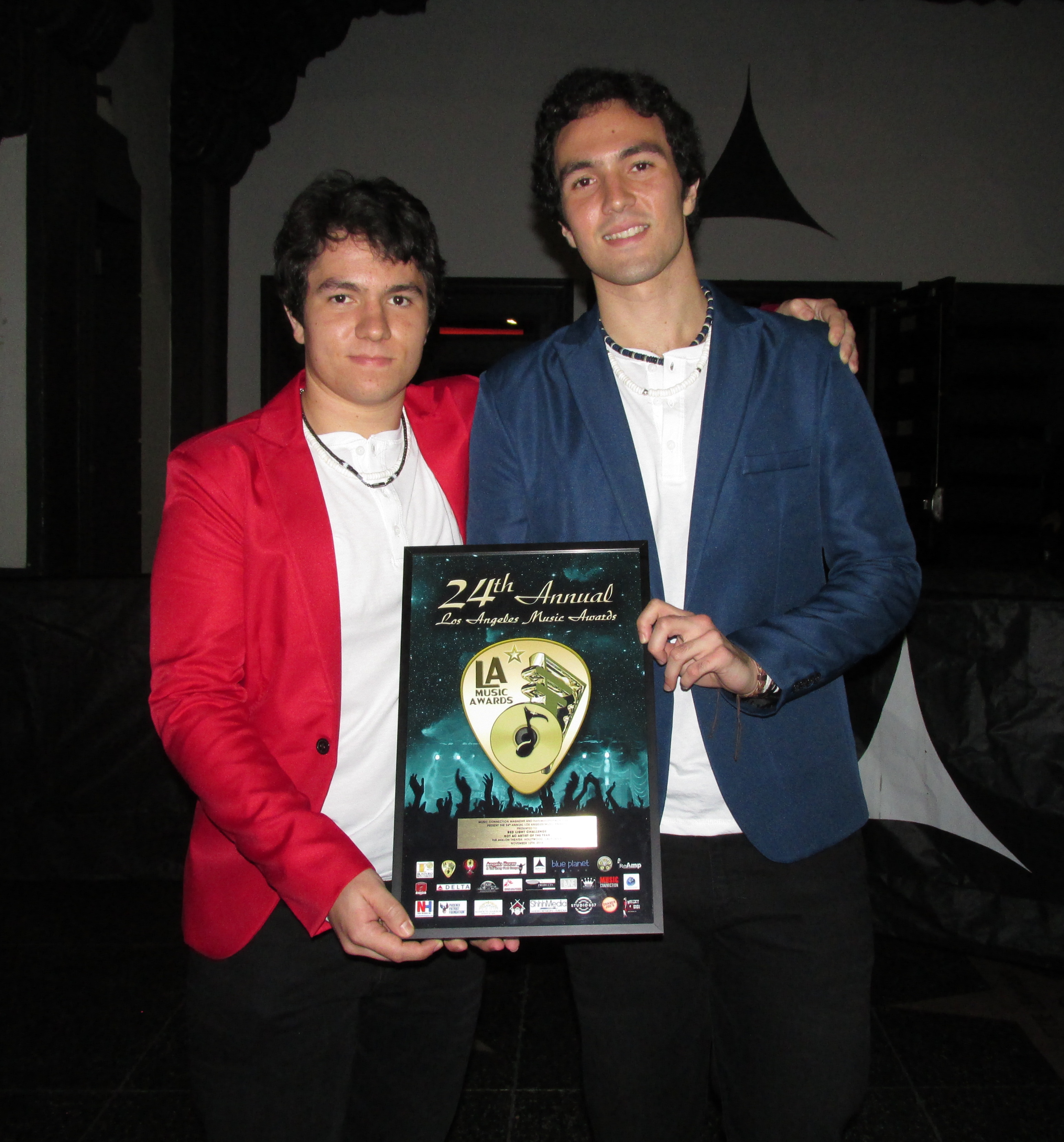 Hailing from Hawaii, the young, ultra-talented and inspirational alternative rock band Red Light Challenge (www.redlightchallengeband.com) took home the Hot AC Artist of the Year award at the prestigious 24th Annual Los Angeles Music Awards, which was held last night at the Avalon Hollywood. This is the first time in the history of the LA Music Awards that a performer from Hawaii has been nominated for any award and won.

“We are thrilled to have made history for Hawaii at the LA Music Awards this year.” said Kyle Luster, the multi-instrumentalist and live drummer. “We are so thankful to our family, friends, fans and sponsors who supported us with votes. We can’t wait to keep moving forward and lighting up stages around the world with our music.

Sean Luster, who is the lead vocalist and guitarist, added “We have been performing our latest original music in Hawaii and in L.A., and audiences have really liked the new songs. It’s an honor to be the first band from Hawaii to ever be nominated and win at the LA Music Awards. We are excited to take the next leap forward with our music. Thanks again to everyone for their amazing support.”

The young alternative rock band Red Light Challenge is made up of brothers Sean (22) and Kyle (17) Luster. The duo is the first band from Hawaii to be nominated and win a Los Angeles Music Award in its 24-year history.  Upcoming performances include: California State University-Channel Islands on November 14th, Pearl City High School on December 4th and Pearl City Elementary “Red Light Challenge, Green Light Go” Performance on December 12th 2014.