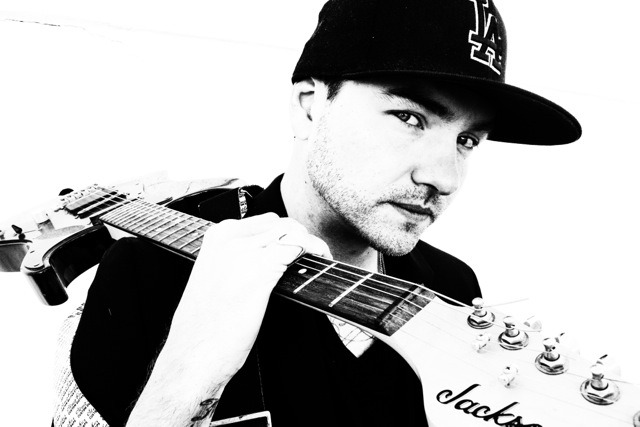 for his ‘Live From Rehab’ Album ~

Hollywood, CA (August 6th, 2013) – The ultra-talented and inspirational hip-hop rap artist Chris Jones A.K.A JoneZen (www.jonezenmusic.com) based out of Los Angeles, has recently been nominated for two music awards at the prestigious 23rd Annual Los Angeles Music Awards Nominee and Press Event which was held in June at the world famous Whiskey A Go-Go in Hollywood, ahead of the final awards night being held November 14th at the swish Avalon in Hollywood.

JoneZen, who is a featured artist on The Weekend Top 30 ‘What’s Poppin Next’ segment airing in Boston, Biloxi, Waco, Atlantic City, Salt Lake City, Fresno and several other cities, has been nominated for ‘Best Hip Hop Artist’ and ‘Best Social Media of the Year’ at this year’s music awards.

“After pretty much ruining my career, finding myself almost dead and entering rehab, leaving with a record deal, touring again, getting my life back and being able to do what I love again on a whole new level, being nominated for the LA Music Awards really is the cherry on top to an unreal year.” says Jones “We’re looking to finish strong and keep pushing hard into 2014 with promoting ‘Live From Rehab’ and our new ‘King Of The Castle’ tour and campaign.”

JoneZen’ s latest hit single ‘If I Die Young’ (www.soundcloud.com/jonezen/07-jonezen-if-i-die-young) from the critically acclaimed mix-tape ‘Live From Rehab’, (Live From Rehab Tour Video Link) is available via Coast 2 Coast Mixtapes and free to download from his website (www.jonezenmusic.com), was recorded while being treated in a Los Angeles rehabilitation center for acute alcohol addiction. Refusing to enter rehab unless he could take in his recording studio, JoneZen started writing and recording songs which led to a distribution deal with Famous Records/ Fontana/ Universal, until he recently dropped himself to pursue other distribution avenues. In addition to creating melodic hip-hop music with lyrics stirred from personal experience, JoneZen is a public speaker. He currently shares his story to help others find hope again, working hard at maintaining his own sobriety within a world that is packed with all the wrong choices.

Voting for JoneZen is well underway at www.lamusicawards.net/nominees. His headlining tours, with dates in San Diego, Los Angeles, Bakersfield, Fresno, Lake Tahoe, Vista, Phoenix and Reno, have included shows with Blackalicious, performances at the Speak Your Mind Hip Hop Festival in Reno, the Lake Tahoe Tattoo Convention in Lake Tahoe and finishes in LA on September 13th at The Joint. Later in the year JoneZen will begin his ‘King Of The Castle Tour’ to promote the new single ‘King Of The Castle’, with a portion of the profits being donated to MusiCares (www.grammy.org/musicares), a foundation that helps musicians whose lives and careers have been threatened by alcohol and drug abuse, a community outlet close to JoneZen’ s own personal story of survival.

Select a category; ‘Best Hip Hop Artist’ and ‘Website Of The Year’ and cast him your vote!