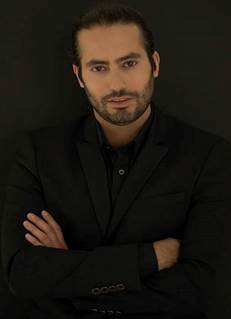 Hollywood, CA (July 10th, 2014) – Young British composer Ram Khatabakhsh (www.motionsoundpro.com/work), based out of London, has taken Hollywood by storm and is rapidly being labelled as the young John Williams by some of the music and film industries notable producers and music moguls.

“It seems like a dream come true to be working with such amazing filmmakers in Los Angeles, I am thrilled to be creating original music scores for films back home in London and now for Hollywood.” said Ram. “But to be hailed as a young John Williams by long-time record executive Russ Regan is such an honor.”

The young music talent is set to score plenty of motion pictures in the forthcoming months, between his homeland of England and now the USA including ‘Western Religion’ this month for director James O’Brian (Wish You Were Here). He is also contracted to ‘Bello Ultimate Stunt’ for producer Neil Mandt (Million Dollar Arm) and ‘Capsule’ directed by Andrew Martin, which Ram has been tentatively offered to use the prestigious British Royal Air Force Orchestra to record the score.

Ram is no stranger to working on award-winning films in 2011 he scored ‘The Fifth Horseman’, which was nominated by EMMY in 2012 for the Best Drama, and the multi-award winning documentary ‘Piracy: The Human Cost’ and ‘With Good Intentions’ which he worked on with sound designer Glenn Freemantle (Gravity). Earlier in 2014 he was selected, out of thousands of applicants, to attend the prestigious Berlinale Talents 2014 as part of Composers and Sound designer’s selection.