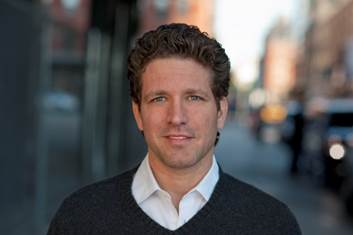 New York City actor Rich Graff, who recently starred alongside Heather Graham in the Rom-Com feature film directed by Anthony Edwards ‘My Dead Boyfriend’, is gearing up for the world premiere of ‘1971’ (www.1971film.com), where he morphed himself as activist John Raines in the feature length documentary. Directed and written by Johanna Hamilton (‘Pray the Devil Back to Hell’) and narrated by John Raines himself, this year’s World Documentary Competition entrant ‘1971’ follows eight ordinary citizens who plotted an intricate break-in to an FBI office in Media, Pennsylvania to leak stolen documents and expose the illegal surveillance of ordinary Americans in an era of anti-war activism. In this riveting heist story Graff plays John Raines, one of the key members of the Citizens’ Commission who not only drove one of the getaway cars, but also planned the rollout after the break-in, including the release of documents to the press. During the making of ‘1971’ the perpetrators, reveal themselves for the first time, reflecting on their actions and raising broader questions surrounding security leaks in activism today.

“It’s absolutely amazing how relevant the work of John Raines and his ‘Citizens Commission’ is today.” said Rich Graff. “Johanna Hamilton’s film 1971 reminds us what it really means to be involved in the direction of our country!”

Aside from his leading role as John Raines in ‘1971’, Rich Graff stars in the drama ‘Manson Girls’ by the award-winning director Susanna Lo, and can be seen in the drama-thriller ‘Track 3’ set to be screened at this year’s Cannes International Film Festival. Graff has also been featured on major US networks including ’30 Rock’ and ‘Law and Order: Criminal Intent’. Born and raised in New York City, Rich Graff is not only a successful actor and leading man, but a professional chef, a former Olympic qualifier in snowboarding, and a published author. He was one of the rescue volunteers during 9/11, and helped those in the Rockaways devastated by hurricane Sandy. Graff also has a Bachelor of Arts in journalism and communications, and an MFA from NYU.

‘1971’ will have its world premiere at the Tribeca Film Festival on April 18th at 18:30pm at the Bow Tie Cinemas Chelsea 6 in New York.