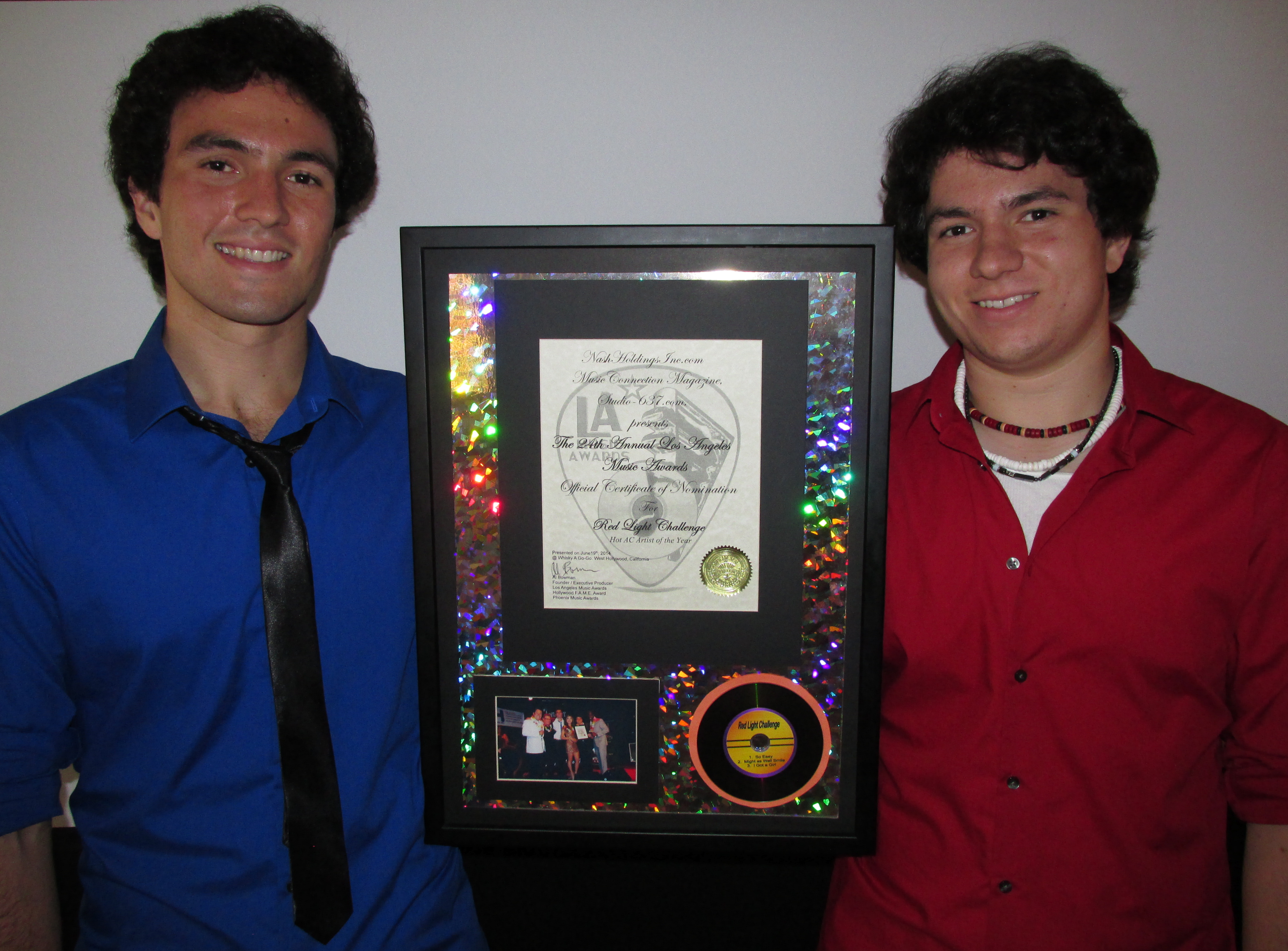 For the first time in the history of the Los Angeles Music Awards, the list of nominees includes a band from Hawaii.  This young alternative rock band, Red Light Challenge (www.redlightchallengeband.com), is hoping to receive the necessary votes to win in their category on November 12th at the newly renovated Avalon Hollywood.

The band, who is made up of brothers Sean (22) and Kyle (17) Luster, originates from Honolulu on the Hawaiian Island of Oahu. They are frequently featured and interviewed in the media across Hawaii in recognition of their eclectic sound and rocking live performances. Now Red Light Challenge, along with their Los Angeles Music Awards nomination, is attracting much media attention internationally.

Sean, the live lead vocalist and guitarist said – “We’ve been getting such great support from our fans across the country for our L.A. Music Awards nomination. It would be so cool to bring the award home to Hawaii on November 12th, and it would all be thanks to our amazing fans and supporters for their continued voting.”

“We still need help getting more votes before voting closes, so we humbly ask that our fans keep helping us spread the word. It feels like we’re one of Hawaii’s Ambassadors for music, so we’re honored to be receiving all of this incredible support.” added Kyle, the multi-instrumentalist and live drummer.

Since their successful Hollywood tour in June, Red Light Challenge has been focused on supporting their new ‘Hot AC Artist’ nomination by producing new songs for a fresh EP, and enthusiastically performing to their fans in Hawaii. Upcoming performances include: August 22nd at Anna O’Briens in Honolulu, August 23rd at the Motorcycle Rally & Bike Show, and at Pearl City High School, which is part of the band’s community outreach program.

Aside from performing, Red Light Challenge is keen to give back to music programs in public schools across the country. They have created a non-profit community-involvement program called “Red Light Challenge, Green Light Go” where the band performs and speaks with public school students. The brothers are conscientious about the songs they diligently write with their ultimate goal to inspire younger generations in music, the arts, and academics.

Voting for the band Red Light Challenge is simple at www.lamusicawards.net/nominees.

Select the category: ‘Hot AC Artist’ and cast them your vote!

Check out the EPK for Red Light Challenge: http://www.redlightchallengeband.com/RLCBand/Contact_files/RedLightChallenge_Final_EPK2014.pdf