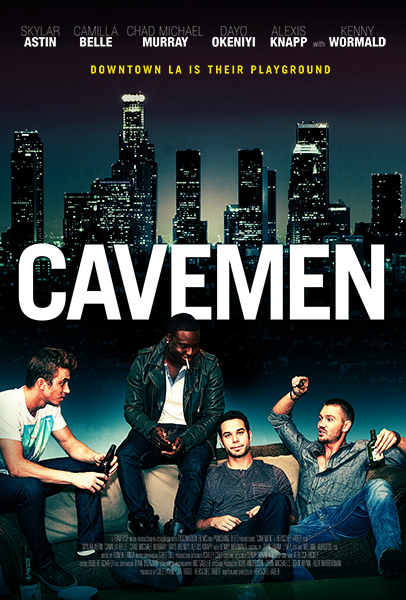 Ceri Bethan plays Juliet in the comedic film ‘Cavemen’, opposite both Chad Michael Murray and Skyler Astin. The movie has a slight edge of drama revolving around the lives of somewhat single, somewhat unemployed guys living in a warehouse converted to living quarters in the ‘Arts District’ of Downtown LA, where they are toiling adulthood and realities of love.

“I had a wonderful time working on this movie and loved playing Juliet.” says Ceri Bethan. “Chad is such a great actor to work with and we had a lot of fun with our scenes. Herschel is a very supportive director. It was a fantastic experience that I am so proud to be a part of this film.”

Ceri, who as an actress is inspired by award-winning actress’s like Meryl Streep and Audrey Hepburn, is also starring in ‘Casual Encounters’, set for release later this year, playing Brooklyn Decker’s (‘Just Go With It’) best friend in the romantic comedy and alongside Taran Killam (‘12 Years A Slave’) and David Arquette (‘Scream’).

Currently residing in Los Angeles, California, Ceri continues to nurture her craft and passion for the arts with several respected acting coaches including Ivana Chubbuck, who has helped some of Hollywood’s finest actors including Halle Berry and Brad Pitt, as well as Warner Loughlin, coach for Amy Adams and Ryan Reynolds among others.